Just thought I should post a quick update on my blog... I signed up for my first multisport race of the season this past week, the Desert Classic Duathlon in Phoenix AZ. It just happens to be taking place the weekend before a conference I have to be at in Phoenix so I'll be taking the teardrop out for a road trip! A race followed by a conference mixed in with 7 quality workouts in the Arizona desert!!

Three weeks following my first multisport event of 2010, I'm tentatively planning on running the Suntrust National Marathon in Washington DC. I say tentatively because I'm considering switching to the 1/2 marathon instead. Running a 1/2 fits into my overall plans of the year during which I hope to put up some fast time in a few 1/2 Ironmans. Training my body to run longer and slower doesn't seem like a great idea. Also, 2 weeks following the marathon I'll have the MaxTrax Duathlon where I would like to do well, recovery from a marathon is longer than 2 weeks! Would love to get my readers opinions...

Finally, it looks like I've made USAT Honorable Mention for the first time in my triathlon "career"! What that means is that out of the 3,968 USA Triathlon members in my age group (35-39) that completed at least 2 USAT races, I'm in the top 10%. It's something I've been disappointed about not making in the past, but I really wasn't expecting to this past year what with everything else that went on. It's a definite encouragement and helps me realize with the proper training and focus there's no reason an All American ranking (top 5%) isn't possible! Now, time for some sleep so I'll get up and train in the morning!!
Posted by Tony Rigdon at 7:30 PM 3 comments:

Can I Shave Now?

I made a vow, I said I wouldn't shave my face or cut my hair until I win my next race. I posted this sometime in the beginning of December. I thought I would run the "Ring In New Year" one mile race in Jefferson City on January 1st, figured it might be an easy first win of the year clearing the way for a shave and haircut... if I so desired... Turns out, the weather was cold and I stayed up a little too late New Year's Eve, I skipped the race. When the results were posted, the winning time was 6:13, I'm pretty sure I could have won!

Somewhere in the whole mix of things, I got busy working on my house. Took two weeks completely off from exercise! I can't remember the last time I did that. No working out with no change in diet = weight gain. Fortunately, Columbia Multisport Club has put on a "Biggest Loser" weight loss competition the last few years and they decided to do it again this year.

Now if you ask most people, they would probably say I have no business participating in a weight loss competition. What people don't realize is as someone who works out one to two hours a day during the season, when winter sets in and training levels decrease, extra weight can creep on regardless how "fit" or "thin" I might look. My weight after holidays and two weeks off from working out had climbed to 17 lbs over my low weight from this past season! That's 17 lbs that I know I can loose.

Around this same time, I also signed up for the Suntrust National Marathon in March, a week following our final weigh in for the Biggest Looser. So combine training for a marathon or lots of running, with loosing weight. Those two things go together like two peas in a pod!


We're one week into our Biggest Looser competition. For this first week, I just went back to training like I should be for a marathon and cut down on the food a bit. I knew the first few pounds would come off easily. I weighed in Sunday evening following a 2 hour run in the snow. I was shocked to see I had lost around 9 pounds and was even more shocked to see the email to the club the following day with me in the lead amongst the guys! Does that count as a race? Can I shave now? Hmm, I suppose that was just a mile marker... I'm that guy who takes off on a mad dash for the first mile, gets his moment in the spotlight, only to fade when the Kenyans blow by him... 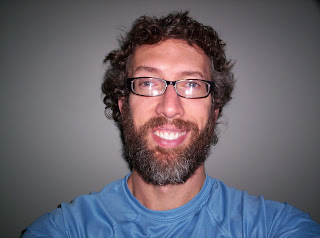 Another year has come and gone. It's been an interesting year. Hard to decide athletically if it was a successful year or not! Overall, I had a great year, lots of great experiences, but many of the highlights from 2009 aren't from races...

The year began living in an unfinished house and ended the same. However, at this time last year I did not have a functional kitchen but rather was in the process of hanging the cabinets. While I failed to finish the interior of the house, I made great progress and for the most part have enjoyed the process. Well, enjoyed might be stretching the truth... It has been a rewarding experience and I have learned a lot in the process. I've documented the whole process through pictures here: http://www.flickr.com/photos/triathleteguru/sets/72157604338199425/

Two months into the year, I was able to get my house re-appraised at $40,000 which was double the purchase price from 9 months earlier. This allowed me to get a fixed home equity loan and pay off the credit cards I had purchased the house with. This also freed me up financially to take a trip to Indonesia to visit my sister and her family where they were living as missionaries. The trip to Indonesia was definitely the highlight of the year and included two 100+ mile bike rides with my brother-in-law while there. Bike riding in a foreign country has to be one of the best ways to see the country!

Taking Shelter from the Rain in Indonesia
Despite the bike riding while in Indonesia, I returned in relative poor physical fitness and was sick for a week on top of that. So once the multisport season started up with Max Trax Duathlon, I wasn't nearly ready for it and decided all I could do was hope to race myself into shape. This included a spur of the moment decision to sign up for and race the Duathlon National Championships in Richmond VA. In late April I headed out there with my friend Delbert Marriott. It was a fun trip; however neither of us did well as we ended up racing in 100+ degree weather which was a heat wave, especially in April! Nevertheless, it helped jumpstart my fitness and I had some decent race performances in the following months.

What I would consider my highlight race of the year was the Republic Tiger Triathlon in mid August. I ended up placing 5th overall but what makes me consider it my best race was that I came within 32 seconds of beating Jay Orr, my Ultramax Series Championships rival! I started the swim directly behind Jay, caught him in the pool, and came out of T1 ahead of him. He caught and dropped me shortly into the bike, but I dug deep, caught back up, and ended up coming into T2 within seconds of him. I managed to beat him out of T2, but within less than half a mile he had caught me back and ended up pulling away from me a mile or so into the run. Jay would end up winning the Ultramax Series while I ended up second, for the third year in a row!
The lowlight race of the year would have to be Rockbridge Revenge. A nice little headfirst dive into a log resulting in a tooth through my lower lip and 10 stitches!

Rockbridge Revenge 2009
2009 was a great year, here are some random pictures of my year (note, I like to have a little fun at times...) 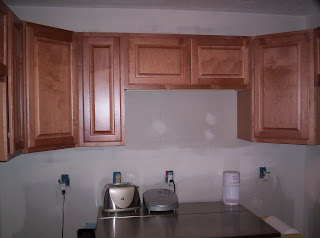 Kitchen at the beginning of the year 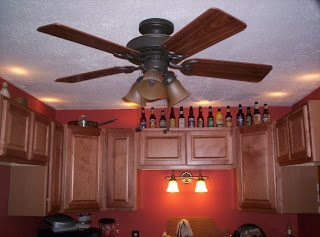 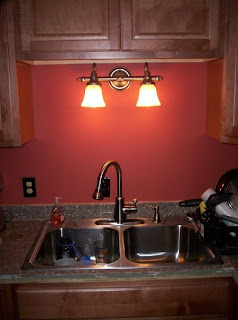 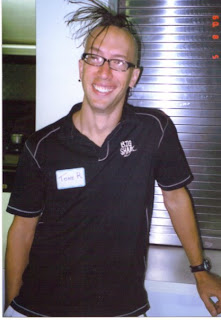 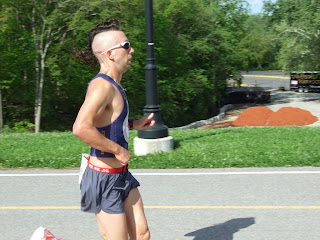 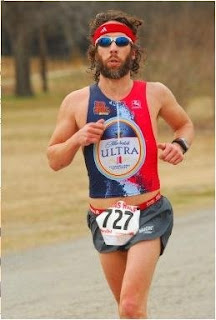 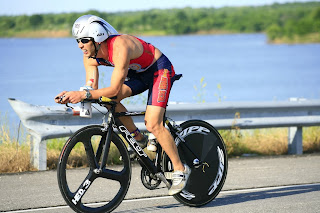 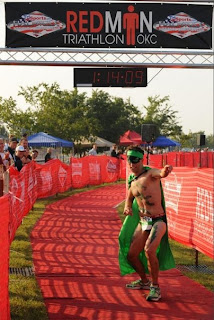 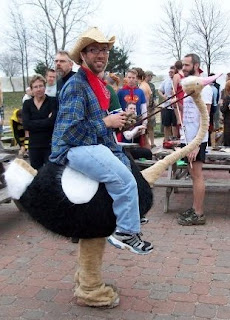 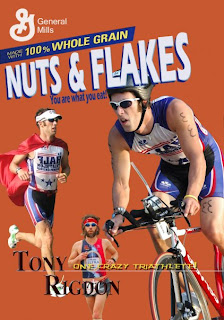